Grutness was our first stop in Shetland, then we sailed to Mousa and were planning to go to Lerwick and then to Norway. But, because of easterly winds we changed the plan and went back round to Shetland's west coast instead. 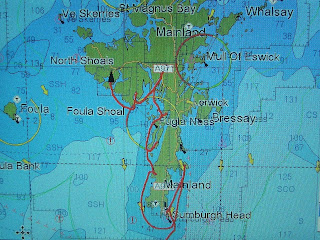 There was a little excitement in Grutness. Two yachts were anchored and just as it was as dark as the night would get (but still twilight) a fishing boat came in. It passed very close to the first boat and was heading directly for us, despite our having an anchor light on. Sean illuminated the fishing boat wheelhouse with our spotlight and he made a sharp turn to miss us. As he went past we could see he had deck lights on and bright lights in the wheelhouse. The helmsman would not be able to see anything beyond his boat other than the bright lights on the pier.

It was a beautiful evening with the twilight lasting all night but the following morning brought mist and later fog as we motored up to Mousa using radar and chartplotter.


It was great to visit the Broch of Mousa.

Impressive structure, Nice experience to walk inside the Broch 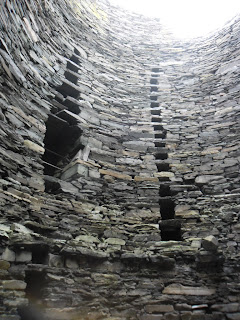 The broch is the best preserved in Europe and the only one that has near enough the full height of the tower still standing.

During our walk we also had the chance to see sheep shearing in a family farm on the island. 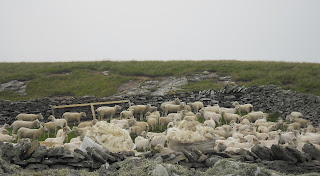 We saw more of the fleeces in Sandness, later in the cruise.

Posted by Ece İnci at Monday, August 19, 2013 No comments: Links to this post

It was lovely to be in this magical landscape again. This time I was lucky to see more birds , including lots of Puffins so close. 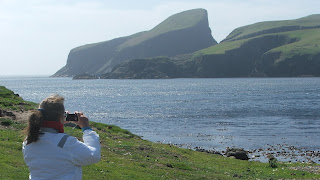 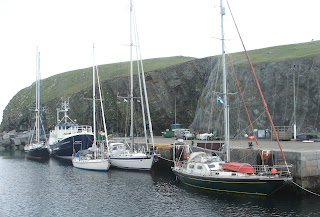 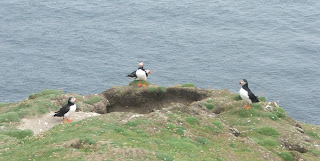 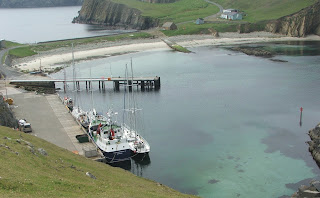 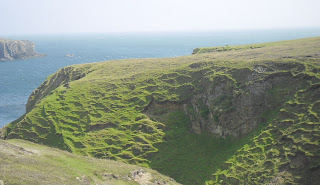 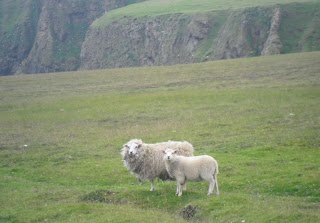 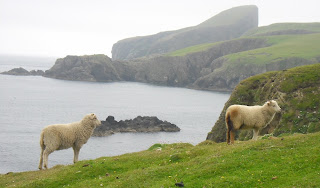 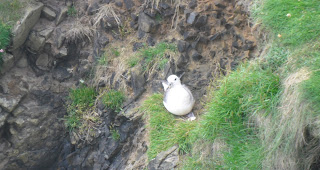 Posted by Ece İnci at Thursday, August 15, 2013 No comments: Links to this post