Sean has been very busy this month ! Sometimes wondering what went wrong this time ?? ! 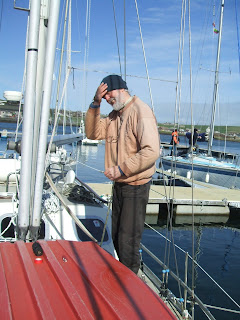 Finishing up the cleaning and polishing of the prop : 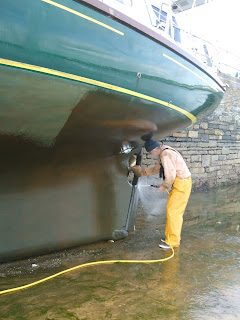 Enjoying cleaning the bottom of the boat : 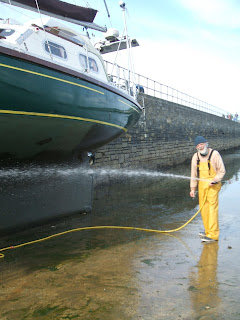 Making a hole in the hull for the new fridge's water cooling apparatus : 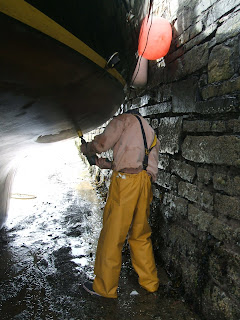 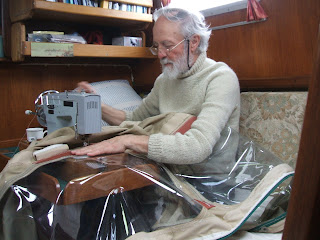 and last but not least , installing the new radar target enhancer on the mast ! 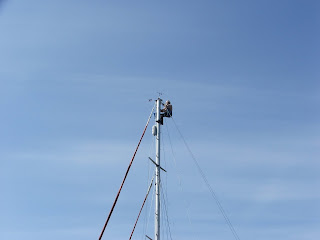 Email ThisBlogThis!Share to TwitterShare to FacebookShare to Pinterest
Labels: live aboard, living afloat

I love knitting new woolen sweaters, colourful pairs of socks and wrist warmers etc. and it is even better to create them while afloat !
Here is another sunny Stromness day when I could not resist to start a new knitting project and since all the space on Escapade was occupied with Skipper’s busy work, installing our new fridge into our boat, I had to prepare my wool in our dinghy ! 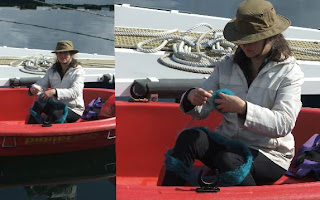 Hope you will like to see the finished project soon :-)
Posted by Ece İnci at Tuesday, April 26, 2011 No comments: Links to this post

View Cruising West Coast of Scotland in a larger map
Posted by Ece İnci at Sunday, April 24, 2011 No comments: Links to this post 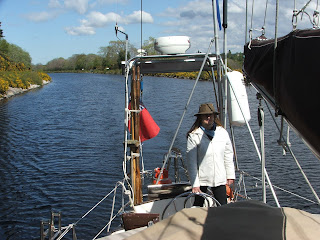 I was excited about my first living on board experience. Although I have been sailing in the past and have lived on boats before , it was usually for a week or two and mainly for sailing holidays .

So, this would be my first experience to actually live on board as well as cruising for the whole summer. I must admit I was not sure if I could really do this. Well, let's see how it all went after all...
I arrived at Inverness on May 11th 2010, after a long flight from Canada and Sean has already moored Escapade at Inverness Seaport Marina after sailing down from Orkney a week before my arrival. Our plan was to sail the West Coast of Scotland for the summer.


First of all, it was nice to be on Escapade again  ( I have seen Escapade for the first time at a boatyard in Plymouth in May 2009, where it was standing on a cradle for maintenance before launched again at sea. I will tell more about this later ).
After a day of rest and some grocery shopping, we started sailing through Caledonian Canal, heading towards the west coast.
Caledonian Canal :


Sailing through the canal was so beautiful ! ( my journal has been full of this statement ! whereever we have been sailing in Scotland this summer,  all were incredibly beautiful ! ) 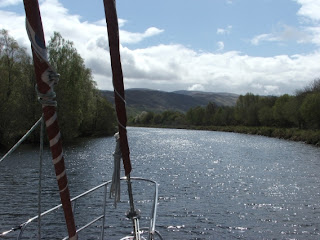 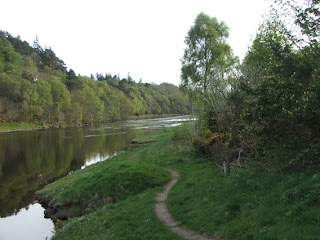 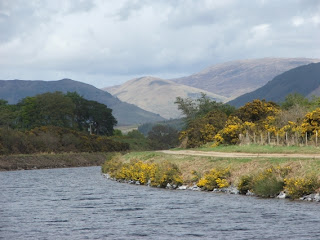 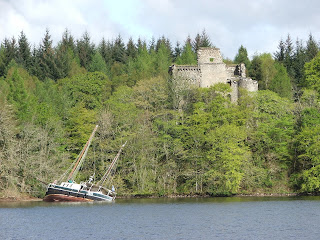 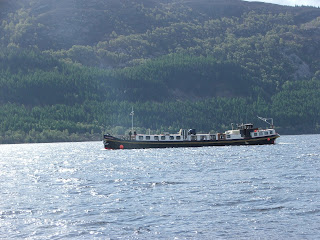 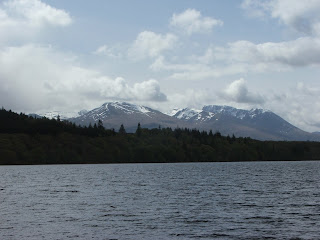 Handling the ropes and changing levels in the canal locks were interesting experiences : 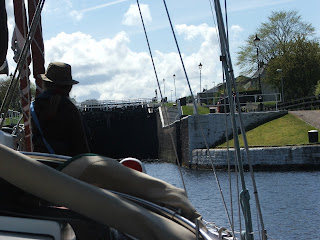 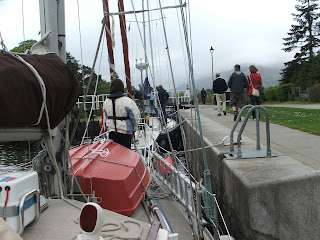 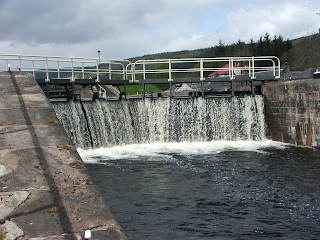 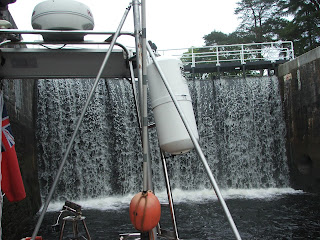 Unfortunately, a swelling on my face along with a tooth ache started during the first days ! Sean had to start the engine and rushed along Loch Ness to get to a center to find a dentist. With the help of a lady in the canal tourist centre at Fort Augustus, we learned about a dental centre in Fort William. So, we ended up spending a couple of extra days in the Canal for my dental treatment.

However, this gave us a chance to see Fort William and surroundings a little further.
It was lovely to hear and see the steam train as in Harry Potter films : 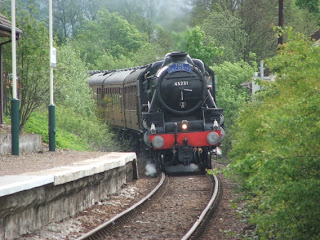 Another nice surprise was to see the Canadian flag at Fort William Office building, where I learned about twin canals : Caledonian Canal in Scotland and Rideau Canal in Canada ! 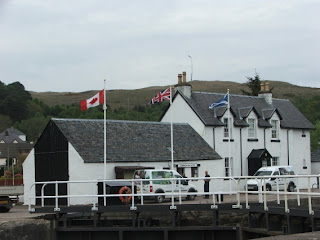 Back to living aboard ! Preparing Escapade for summer 2011 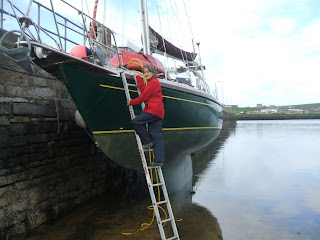 After spending the winter in Toronto with my daughters, we are back in Orkney , living on board at Stromness Marina. We are busy preparing Escapade for our new adventure starting this May. I will write again soon with lots of pictures. Hope you will like to hear from us and join our journey whenever you feel like it .