I joined Sean at Stromness, in July and we decided to cruise Shetland this summer.

We first sailed to Long Hope, then to Stronsay, Fair Isle and Grutness in Shetland. 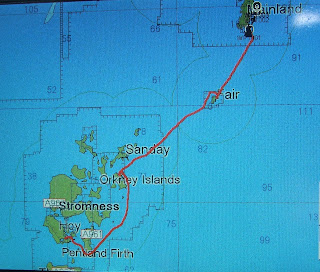 Orkney Yole Association was competing in Long Hope regatta that weekend, so we towed one of the Yoles from Stromness to Long Hope. 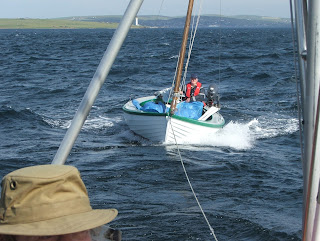 We picked up the visitor mooring and ended up being a race mark for the Regatta :-) 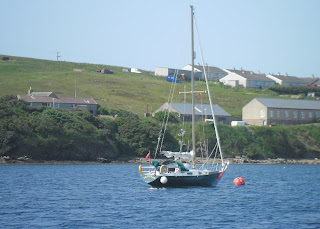 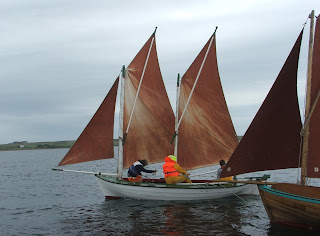 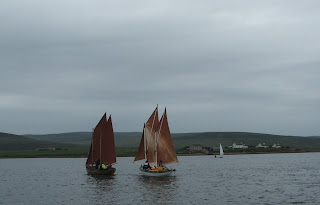 From Long hope we sailed to Stronsay, actually there was not much wind so we had to motor nearly all the way. The wind picked up just south of Stronsay and we had a good hour sailing up to Whitehall harbour.We stayed in Stronsay for a few days. It was interesting to see the Island of Papa Stronsay where a group of Monks build a Monastry. Monks had a small boat to travel betwenn Whitehall and Papa Stronsay. On Sunday, they brought the Priest across for the Mass at the Chapel in Stronsay. I was able to catch them while going back to their Monastry. 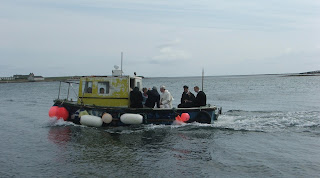 We enjoyed walking around the island 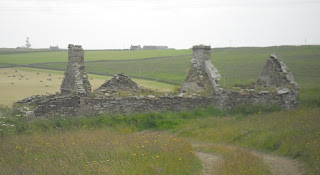